Kolleg is a private Catholic grammar school (Gymnasium) with separate boarding facilities for boys and girls. The Boarding Houses (Gruppen) are currently comprised of 120 boys and 110 girls, who benefit from close pastoral care.

The school is located in the Southern Black Forest, near to both the Swiss and French borders, and can be reached easily from both Zurich and Basel International Airports.

The school, which has been located in St Blasien for nearly 75 years, is rooted in a 400 year old tradition of Jesuit education. Traditional educational standards are mixed with innovation and development to create a creative and modern learning environment.

The twenty different nations represented among the pupils at Kolleg St. Blasien lend a distinctively international flair to the traditional European education. Moreover, Kolleg maintains close contacts and exchange opportunities with other Jesuit schools within Europe and in the larger world.

As the teaching language is predominantly German, pupils who are not native-speakers have the possibility of attending the so-called „Euroklasse“. Over of the course of a year, this class enables speakers of other languages to master German sufficiently well so as to be able to follow everyday lessons and to qualify for the Goethe Institute examination, „Zertifikat Deutsch“ (ZD), which is generally accepted in Germany and many other countries as proof of sound basic knowledge of German.

Kolleg St. Blasien prides itself on the broad range of languages that pupils may specialize in. In addition to standard classical and modern languages (Latin, English, French, Spanish and classical Greek), Kolleg has pioneered the teaching of Chinese, which is expected to be of increasing importance for the world of tomorrow. Other disciplines such as Science, Mathematics, History, Religion and many more meet equally high standards.

Complementary to the development of values and skills with the context of the classroom, there are numerous extra-curricular activities which promote personal development: music, arts, sports, debating, drama and voluntary work. A high point of our Whitsun Celebration is the theatrical production staged and performed entirely by the students.

The development of the spiritual person, however, remains the heart and soul of the education at Kolleg. Christian values, worship, and teachings are emphasized. The essence of this focus is an understanding on the part of students that knowledge, expertise, and talents are gifts from God intended for service rather than mere self-aggrandizement or the acquisition of material wealth. 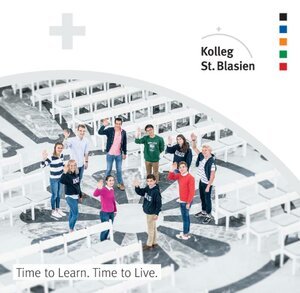