The „Euroklasse“ has been offered and developed at the Kolleg St. Blasien since 1994. In recent years most of the students have come from France, from Spanish-speaking countries (mostly Spain and Mexico) and China – all to learn German. Every year students from Eastern Europe take part in the program – the graduates from the „Euroklasse“ can now be found all over the world. 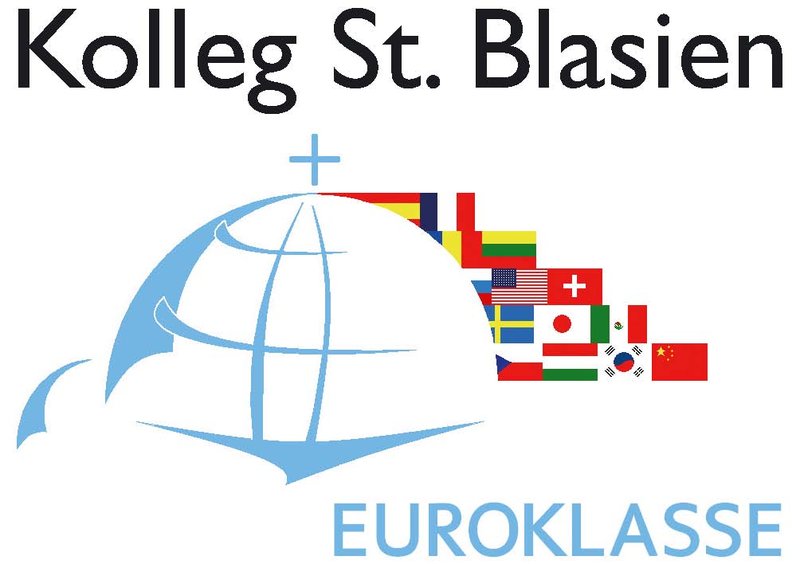 At the end of the one-year „Euroklasse“ course, the pupils will have suffi cient knowledge of the German language to be able to take the Goethe Institute's examination for pupils completing the equivalent of the GCSE programme called „Zertifikat Deutsch“ or „Zentrale Mittelstufenprüfung“ (advanced). Through the acquisition of the ability to communicate both orally and in writing in complex linguistic situations, the pupils should, on completion of the course, be in a position to take part actively in everyday life in German-speaking countries or even embark on a course of study.

Depending on their age, the pupils on the course are placed in either class 8, 9 or 10 within the German grammar school system. Tuition is divided into two main areas: the non-German pupils remain in their respective classes and take part in the normal teaching. In addition, however, they are given lessons each day in German as a foreign language. The language class deals with the grammar, syntax and vocabulary of German. The programme includes the following two compulsory units: a course of readers and a course of regional studies, which prepares the pupils for a variety of excursions.

At the end of the school year, the Goethe-Institut will carry out an assessment and handout a certifi cate with a grade to testify to the successful completion of the special „German Studies“ course offered by the school.

The pupils live in the boys' and girls' parts of the boarding section as appropriate. In the holidays they can either travel home or, if possible, stay with a German host family.

Pupils wishing to be admitted to the class should have some basic knowledge of German to enable them to communicate, however imperfectly, in everyday situations from the very beginning.

Applications for a place in the „Euroklasse“ should be received by the end of June.

Fees for the „Euroklasse“ (including full board, accommodation, books and excursions): 33.600 Euro. Registration fee: 220 Euro.